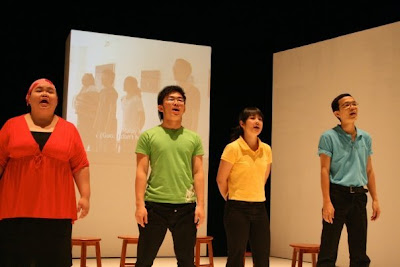 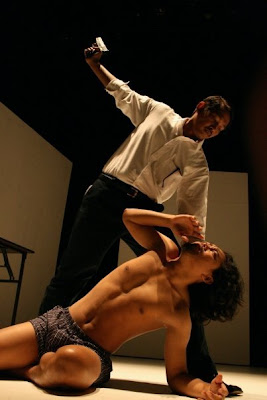 “Beautiful and elliptical… exuberant… …Dramatists across the Causeway explore issues of language, politics and identity with mostly beautiful and hilarious results.”
By Adeline Chia, Singapore 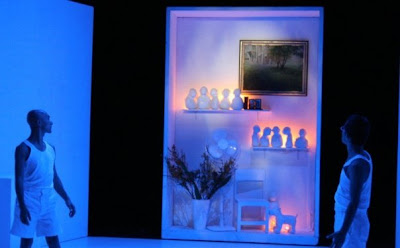 …each director …. succeeds in delivering something resonant, relevant and powerful.,,, a remarkable evening, displaying the vibrant diversity of the KL theatre scene.
‘The Flying Inkpot, Singapore 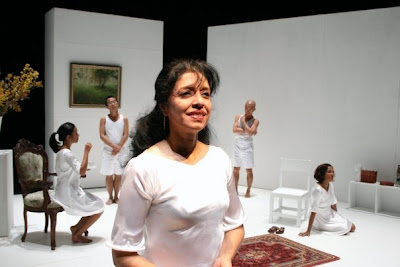 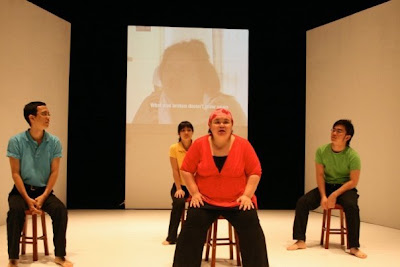 “ Features a madcap series of scenes where four Chinese-language actors re-enact the interrogation of language: they mimic their own monologues and movements as a pre-recorded video of their improvisations plays in the background, then re-enact interviews with a range of Mandarin, Cantonese, Hokkien and Hakka-speaking citizens; then there's the P. Ramlee movie … Coming after a piece about silence, this piece is instead about noise, language as noise, politics as noise, performance as noise, noise that is glorious, chaotic and alive… hilarious”
Flying Inkpot Singapore 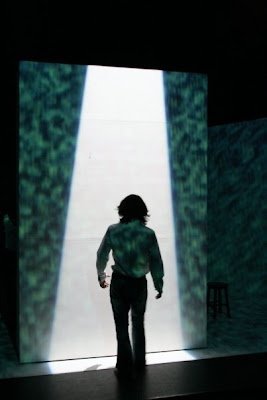 “The production wisely chose to end with Nam Ron’s piece, which explores the ultimate reaching and yearning that is sometimes thwarted by language. The blindfolded victim wants to know his assassin’s name. What’s in a name? Was he appealing to a host of other memories and associations that the assassin had about himself, to his own humanity? And does the violence in this piece say something about what happens when language is just not enough to express oneself, anymore?” Kakiseni.com 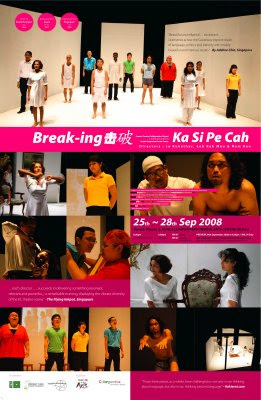 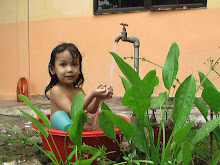